What is the PicoPlus Laser?

The PicoPlus Laser is a Picosecond laser designed to treat pigmentary conditions such as melasma, rejuvenate the skin, and improve the appearance of acne scars. Picosecond lasers fire faster than the traditional nanosecond Q-Switch lasers, delivering pulses at a fraction of the time. This generates a greater photoacoustic effect (process of how pigments are mechanically broken down by the shock waves generated by lasers), which translates to more efficient clearance of pigments. This means patients may be able to see improvements in certain conditions within a shorter frame of time, as well as further resolution of stubborn pigmentation which have not responded to traditional lasers.

Ready to find out more?

Book an appointment with us today here

How does the PicoPlus laser work?

The PicoPlus laser offers 4 different wavelengths and multiple depth settings to treat common pigmentary concerns such as melasma, age spots, freckles, Hori’s Naevus, as well as to remove tattoos. Compared to nanosecond Q-switch lasers, this Pico laser’s significantly faster speeds enable it to effectively shatter melanin and ink into smaller particles, which are then cleared more easily by the body, resulting in faster improvements within fewer treatment sessions. Pigment particles that were previously too ‘large’ to clear even after being broken down by Q-switch lasers can be further fragmented by the PicoPlus laser, which is why further improvement can sometimes be seen in pigmentation that has stagnated. As the PicoPlus laser fires so quickly, there is minimal heat damage to surrounding tissues, which effectively reduces the chances of negative side effects such as post-inflammatory hyperpigmentation. 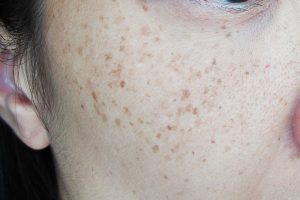 When compared to traditional lasers like the fractional CO2, the PicoPlus is able to effectively resurface the skin with less downtime and discomfort. To achieve this, the laser is focused with a special lens which creates micro-cavities below the surface of the skin. The body sees these micro-cavities as injuries and produces collagen to repair them. This not only helps to even out the skin surface but also boosts collagen production for long lasting skin texture improvement. This process, also known as Laser-Induced Optical Breakdown or Cold Rejuvenation, avoids injury to the skin surface and thus the prolonged downtime and discomfort associated with traditional lasers like the CO2. The enhanced turnover of skin cells and resulting healthier skin gives a fairer, brighter, more even toned appearance.

Ready to find out more?

Book an appointment with us today here

Do note that the number of sessions, treatment experience and results will vary between patients depending on factors such as age, lifestyle, skin condition, compliance to treatment etc.

How long does each session typically take?

What is the process of PicoPlus Laser Tratment like?

Prior to starting the treatment, a numbing cream is usually applied for a period of 15-30 minutes depending on the condition being treated, so as to make the session more comfortable for you. Many report the sensation to be akin to tiny warm pricks and to be very tolerable with or without the numbing cream. Protective eye shields will be placed throughout the treatment process. A soothing cream may sometimes be provided to aid in comfort and healing post-treatment.

How many Pico Laser sessions do I need to see my desired results?

Depending on the skin concern and condition, it may take anywhere between three to 10 sessions to fully address your skin issues. Treatment intervals are usually four to six weeks.

There is typically no downtime associated with laser toning treatments meant for skin brightening and rejuvenation. Red spots lasting for a few hours to a few days may sometimes occur with targeted pigment treatments but can be covered up with makeup immediately after and generally do not pose a problem for most. More intensive skin resurfacing treatments can result in redness lasting between three to five days, but this can be covered up with makeup and does not result in any peeling, pain or discomfort.